The Watermark Del Mar property has a long and interesting history. The site has been continually in use since at least 1939, twenty years before Del Mar was incorporated in 1959. Over the years, the land has been graded and terraced, as evidenced by aerial photography dating back to the 1930’s. It is currently used as a temporary parking lot during events at the San Diego County Fairgrounds. Although the property has been approved for construction of an office complex with surface parking, in 2013 the site was designated by the City Council for residential use as part of Del Mar’s certified Housing Element. To support the City’s implementation of its Housing Element, Watermark Del Mar proposes elimination of the existing commercial zoning and adoption of a Specific Plan creating a residential zone and appropriate development standards. The approval of a Specific Plan for this site will allow for the creation of a high-quality residential project that both reflects and protects the unique coastal character of Del Mar.

Aerial photography of the site from 1939 shows the site being excavated and graded along San Dieguito Drive. 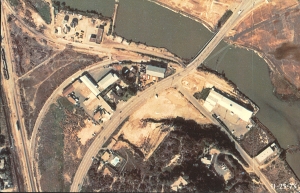 By 1990, the adjacent neighborhood to the west/southwest had been more fully developed. The Watermark Del Mar property remained cleared, with some vegetation returning to the previously terraced areas along the west/southwest portions of the site. 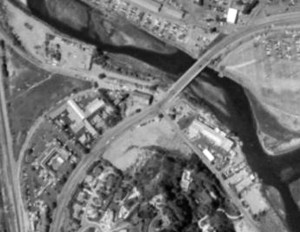 In 2005, the site was in roughly the same condition. An application process was started for the Riverview Office Project, a commercial complex with surface parking. 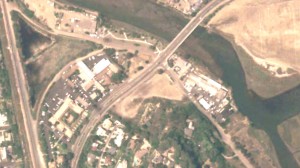 The Riverview Office Project was approved by the Del Mar City Council in April 2008; some of the permits and the environmental review documents for this project remain valid today.

In March 2011, while preparing its 2013-2020 Housing Element, the City and the land owner discussed the potential to rezone the property from commercial to residential use.  The City’s 2005-2010 Housing Element (adopted by the City in 2007) had failed to receive State Certification, in part because it didn’t identify sites that provided the State-required density of 20 units per acre to facilitate affordable housing in small communities (those with population below 25,000).

June 2013: The Housing Element was certified by the California Department of Housing and Community Development, with the expectation that the site would be rezoned within 12 months (May 2014). The property has not yet been rezoned.

July 2013:  The Watermark Del Mar team hosted a community open house at Powerhouse Community Center to share the design concept for a 54-home project with the Del Mar community and seek input. Nearly 75 members of the public attended the event, and the team received positive feedback about a residential use for the property.

October 2013: The team submitted an initial application to the City of Del Mar outlining a proposal for pursuing a Specific Plan for the property. The Specific Plan application asked for a designation of 20-25 units per acre with and floor area ratio (F.A.R.) of 0.70, including an affordable home component at a ratio of 10% to 12.5% of the total number of market rate homes. The City of Del Mar responded with a letter in December 2013 deeming the application incomplete.  They provided information on City processes required for such an application and requested additional information.

July 2014:  The Del Mar City Council directed staff to proceed with the applicant to:

December 2014:  The Watermark Del Mar team submitted a revised application to the City of Del Mar including information requested by the City and incorporating feedback received from the community. The project was reduced to 48 homes (20 units per acre), and proposes seven affordable homes, with four of these to be deeded to the City to remain affordable in perpetuity. The City of Del Mar has requested additional information from the Watermark Del Mar team to complete the application, and the team is currently working to provide this information to begin the project review process.

November 2015: Throughout 2015, the team provided briefings to several interested members of the community. To ensure that nearby property owners were aware of this opportunity to meet with the project team, an invitation was mailed to property owners within five hundred feet of the Watermark Del Mar site on November 16.

January 2016: In late January, the Watermark Del Mar team hosted two Community Participation Program (CPP) meetings to officially begin the project review and community engagement process for Watermark Del Mar. Held on the project site, these meetings allowed nearby residents and property owners the opportunity to see project plans, renderings, elevations, and view a computer-simulated video of the project. Attendees were invited to provide comments and input and have their questions answered by the project team. Nearly 100 people attended the meetings. The large majority of comments received were positive and the project received broad support.

February 2016: An informational presentation was made to the City of Del Mar Design Review Board (DRB) on February 24, 2016. The DRB was provided with detailed information on the project’s design elements, and the members provided preliminary feedback to the team.

March 2016: An informational presentation was made to the City of Del Mar Planning Commission on March 8, 2016. The Commission was provided a detailed project overview and information about the Specific Plan process, and they provided feedback to the project team.

The Watermark Del Mar team hosted two public workshops, on March 10 and March 24. These workshops were the first two of three public workshops called for in the Specific Plan process approved by the Del Mar City Council in July 2014. The public had the opportunity to review information about the project’s design and density, affordable housing component, environmental issues, traffic and parking, and pedestrian access and connectivity, and provide comments for consideration.

December 2016: The Watermark Del Mar team hosts a third public workshop to share information about a new, reduced density project alternative, developed in response to comments received at workshops and presentations conducted in the spring. Called the Community Response Alternative, it will be evaluated alongside the original proposed project in the Draft Environmental Impact Report.

We welcome your comments and questions about Watermark Del Mar. Please fill out the form below to share your comment, question, or request for information.